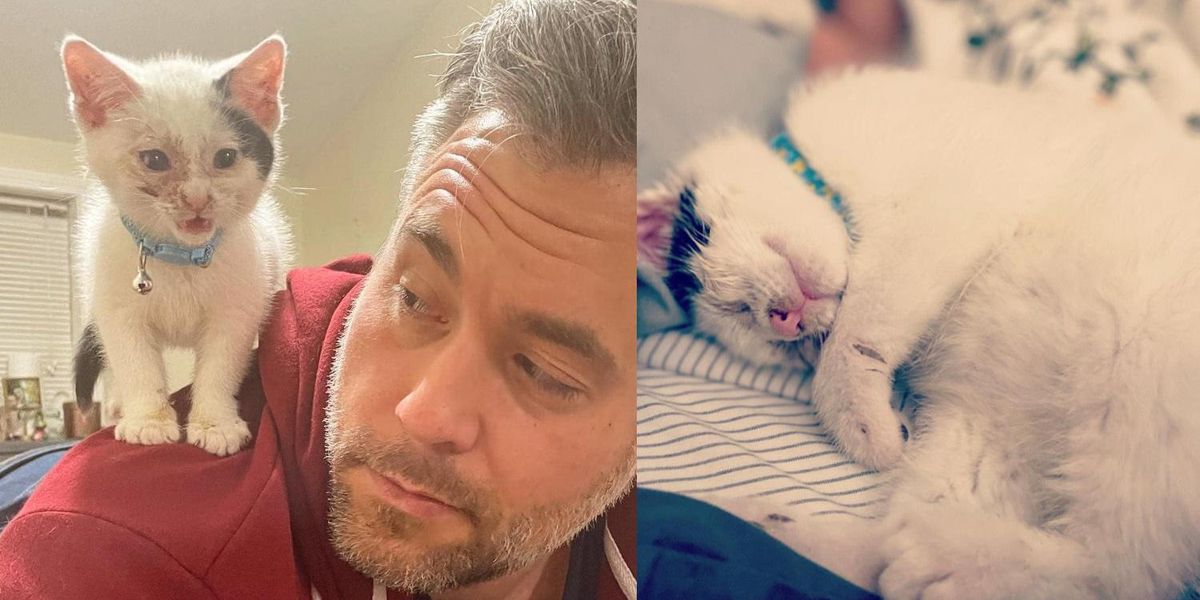 A kitten turned into a happy, affectionate shoulder cat after a family helped him see through both eyes again. 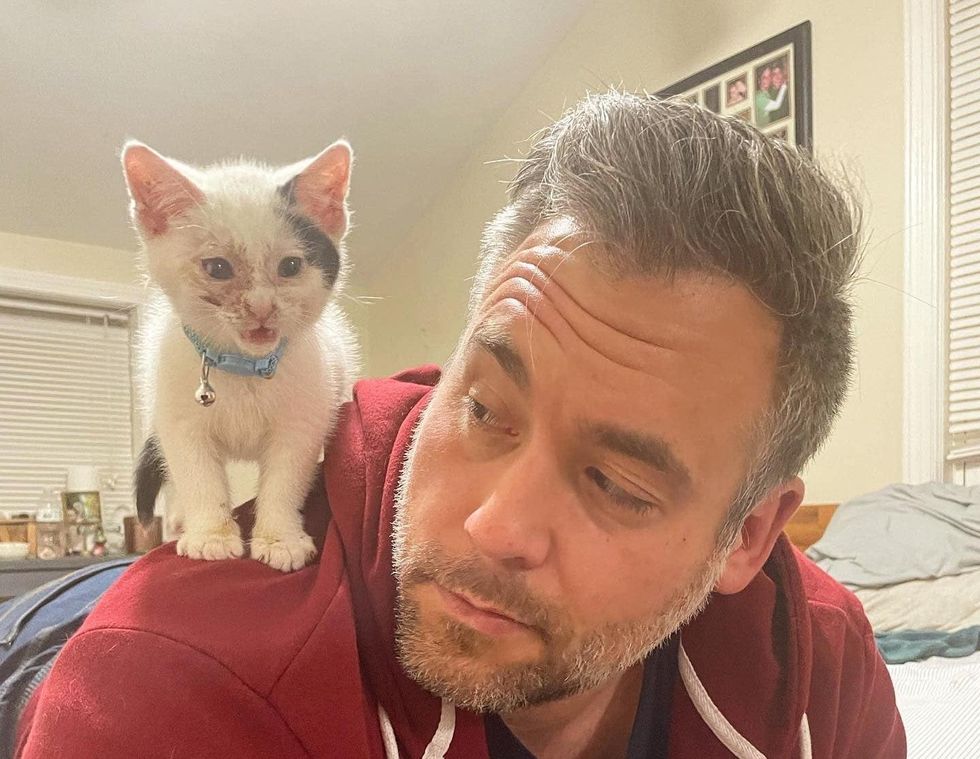 Shrimp Linguine the kittenOne Tail at a Time

A stray kitten was found in poor shape and brought to Chicago Animal Care and Control (CACC). He was very frail, had a severe eye ulcer, and was in need of rescue.

That’s when One Tail at a Time (an animal rescue in Chicago) stepped in to help. They took him to their vet as he needed immediate medical attention. The kitten was covered in fleas and the ulcer in his eye was alarming.

“His eye didn’t seem responsive but we prescribed him medication to see if we could save the eye,” Kimberly Thomas of One Tail at a Time told Love Meow. 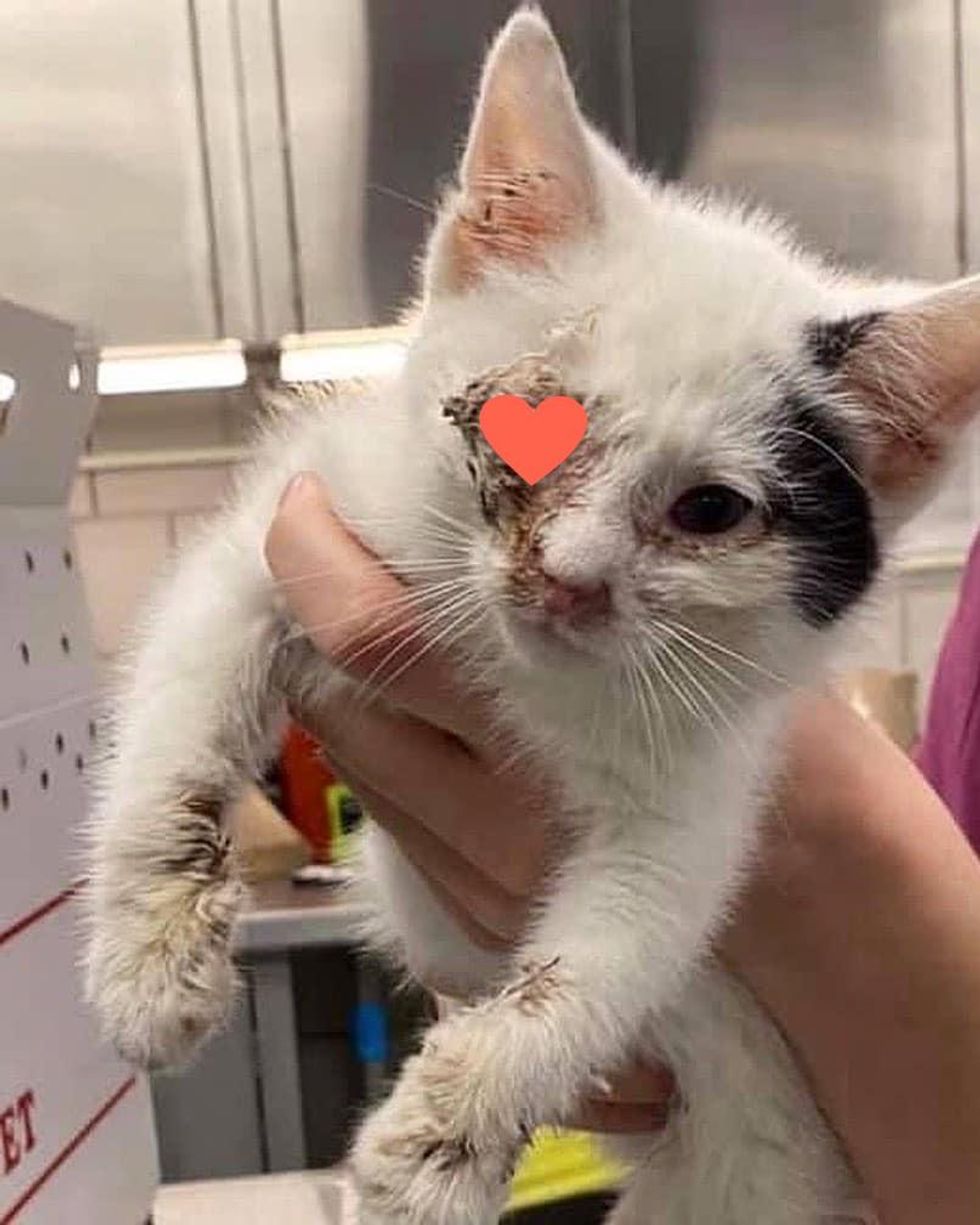 Brandy and her family, who volunteer for the rescue, took the kitten in to foster. He was in good spirits and very eager for attention and affection despite it all.

“Right when we took him out of the box, he was purring and so happy to be in a warm home. He was playful and spirited from his first evening with us. He had no clue he was in as rough of shape as he was,” Brandy shared with Love Meow. 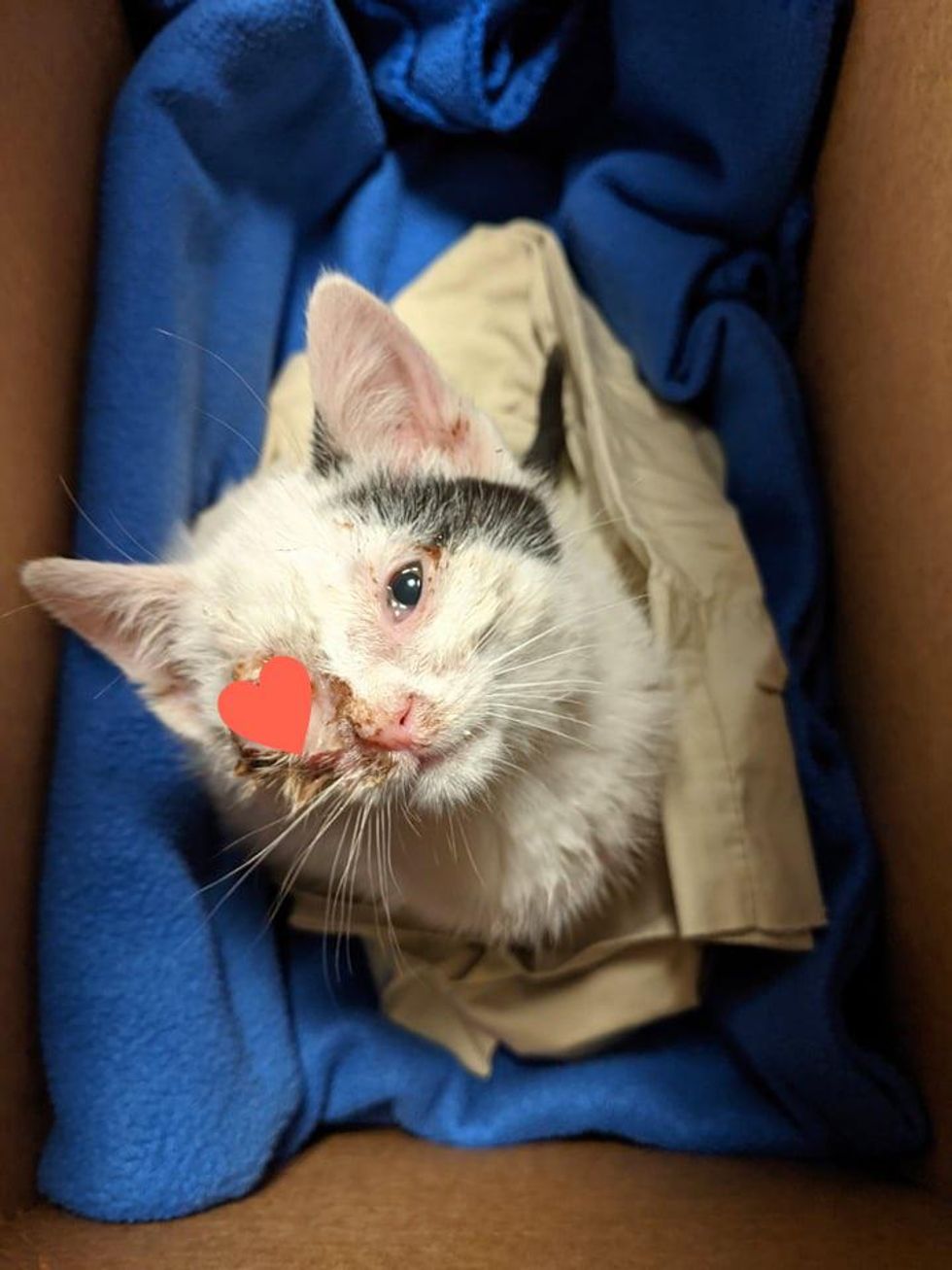 They weren’t sure if they could save his eye but wanted to give it their all to help him. The kitten, Shrimp Linguine, didn’t mind the medication as he was so glad to be catered to.

“He was super affectionate, loved cuddles, had the sweetest purr, ate like a champ with some assistance, and used the litter box like a gentleman,” Brandy wrote. 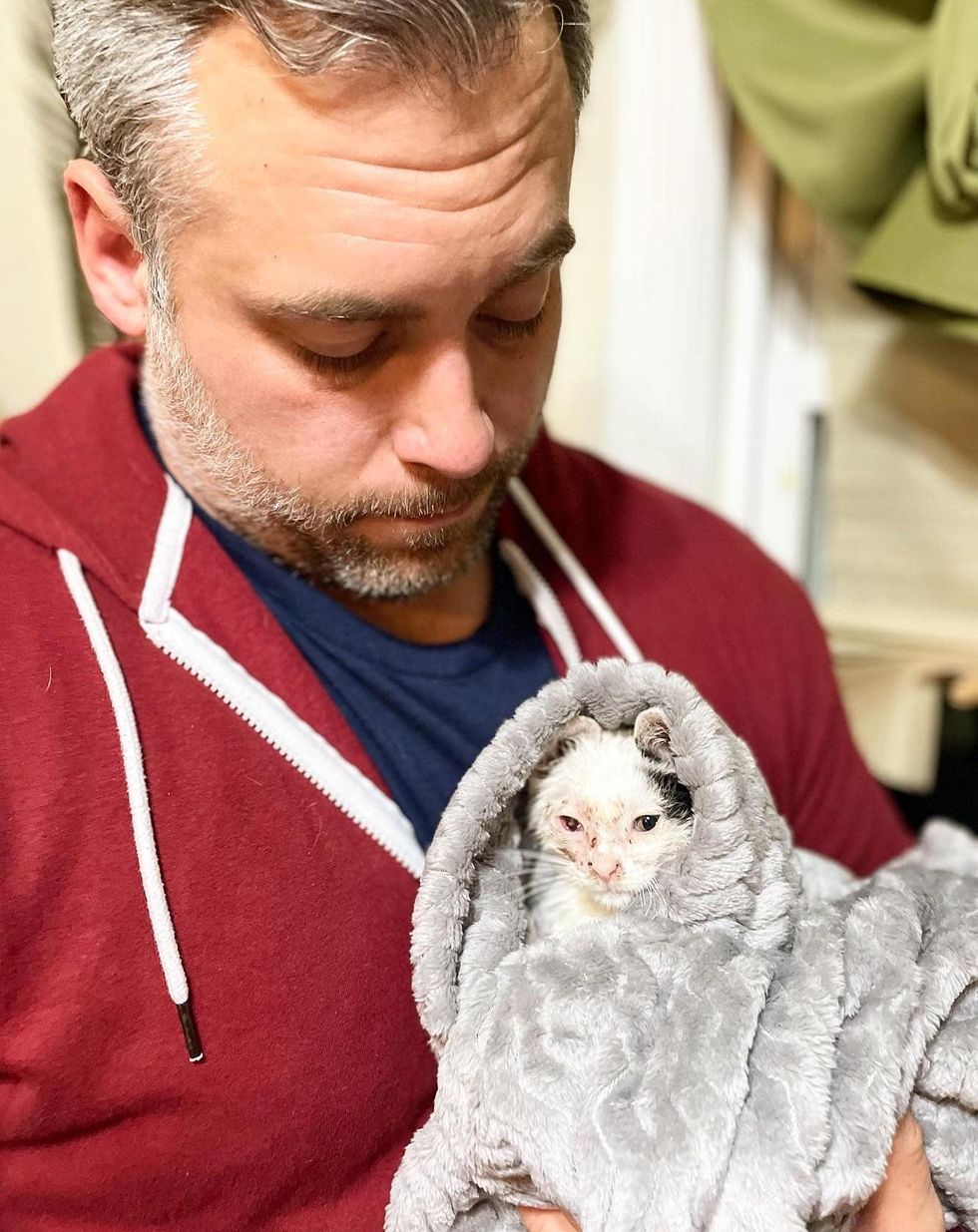 “He got his first bath and we think he really appreciated it. Two full days in, he was already looking and feeling so much better!”

The sweet kitten continued to make strides each day and never ceased to amaze his people with his progress. 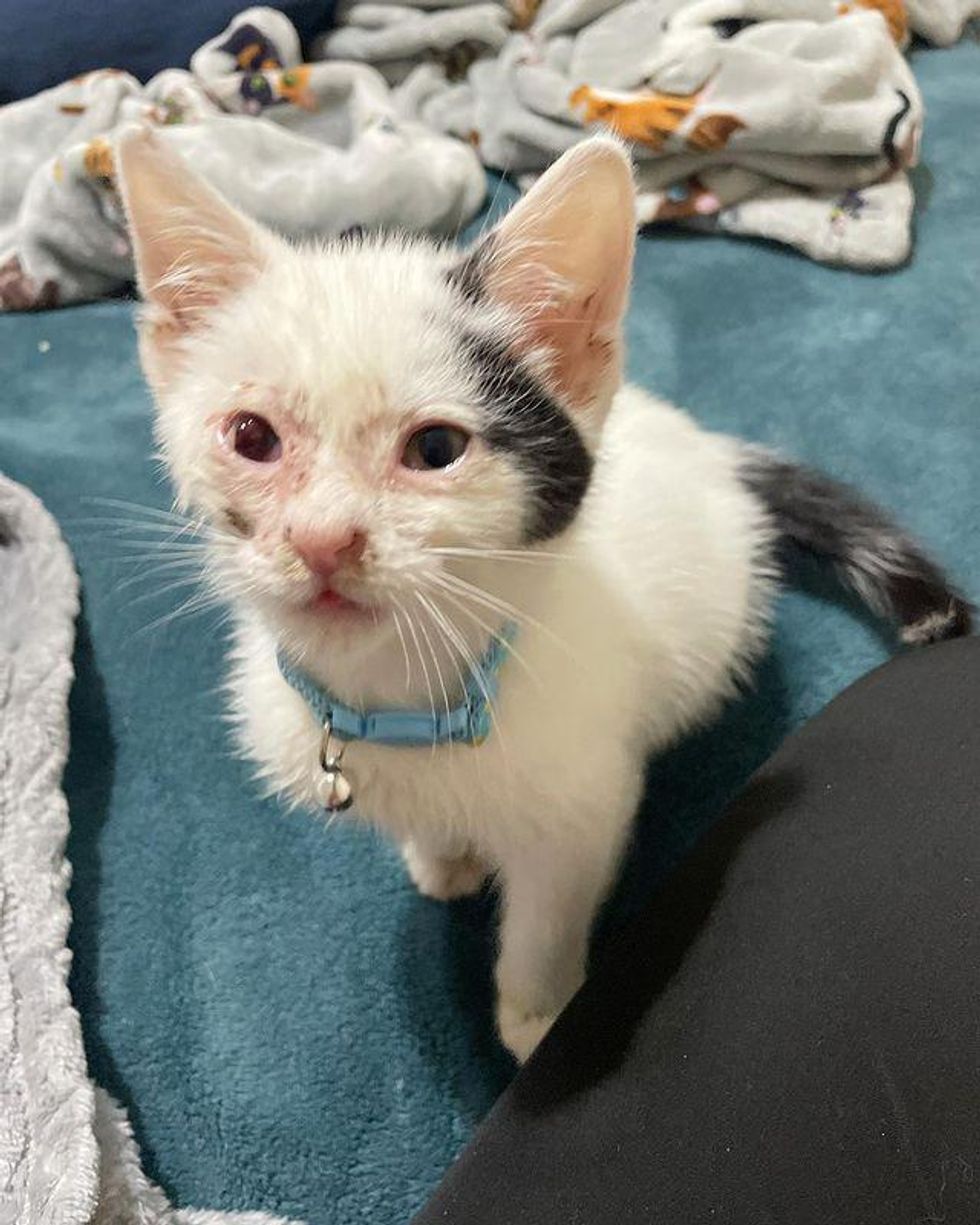 Shrimp surprised everyone with his recoveryOne Tail at a Time

His eye started to heal and he discovered new ways to seek attention from his people.

Shrimp would curl up in his humans’ arms or on their lap, climb onto their shoulders, or wrap his paws around them all the while rumbling with his adorable purrs. 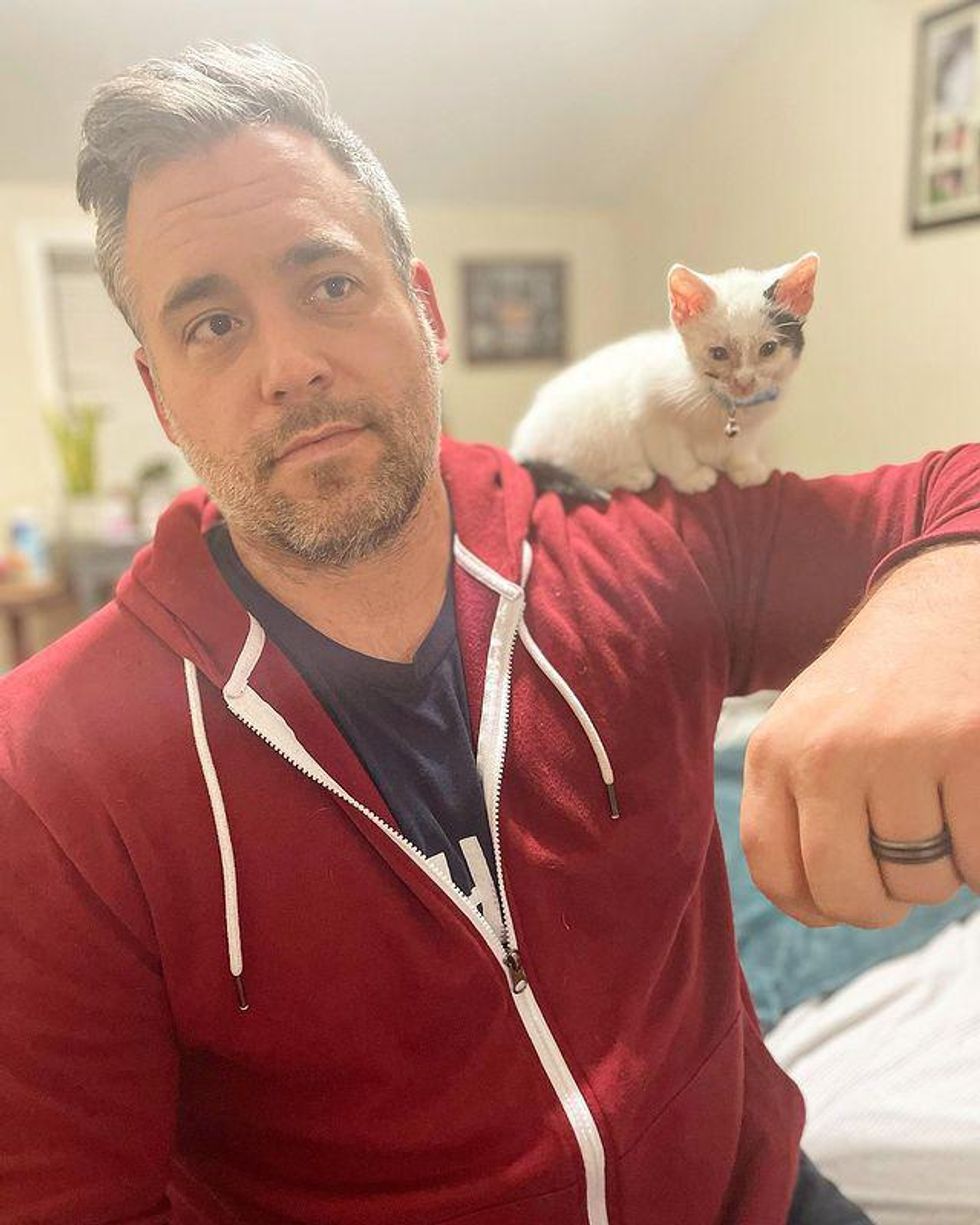 As Shrimp recovered, his personality began to shine through. He was constantly on the lookout for mischief and enjoyed following his humans around while demanding cuddles.

He was ready to move into a larger space where he could scamper around the house and create all sorts of antics. 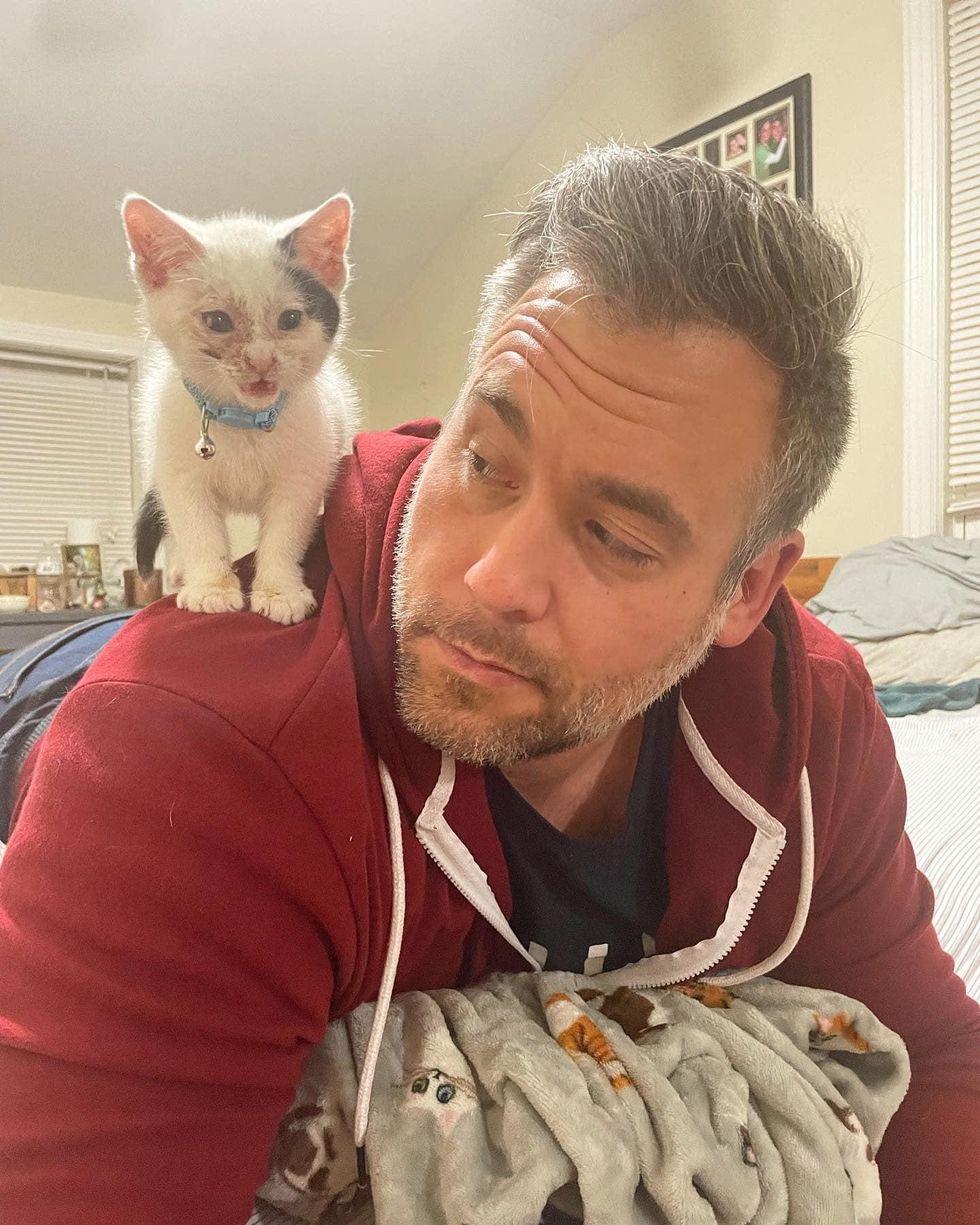 Shrimp the brave little shoulder catOne Tail at a Time

“Shrimp has brought us so many laughs. He is just the right amounts of feisty and tender, and flipped back and forth between the two with no warning, which definitely kept us on our toes,” Brandy shared.

“We feel so grateful to have been able to help Shrimp when he needed it.”

One Tail at a Time

“We are just as grateful that there is another foster ready to help meet his current needs and let him live more freely, embracing him for the tiny creator of chaos that is his best kitten self.”

The former stray is loving his VIP life as an indoor cat and will be ready for adoption in a few more weeks. 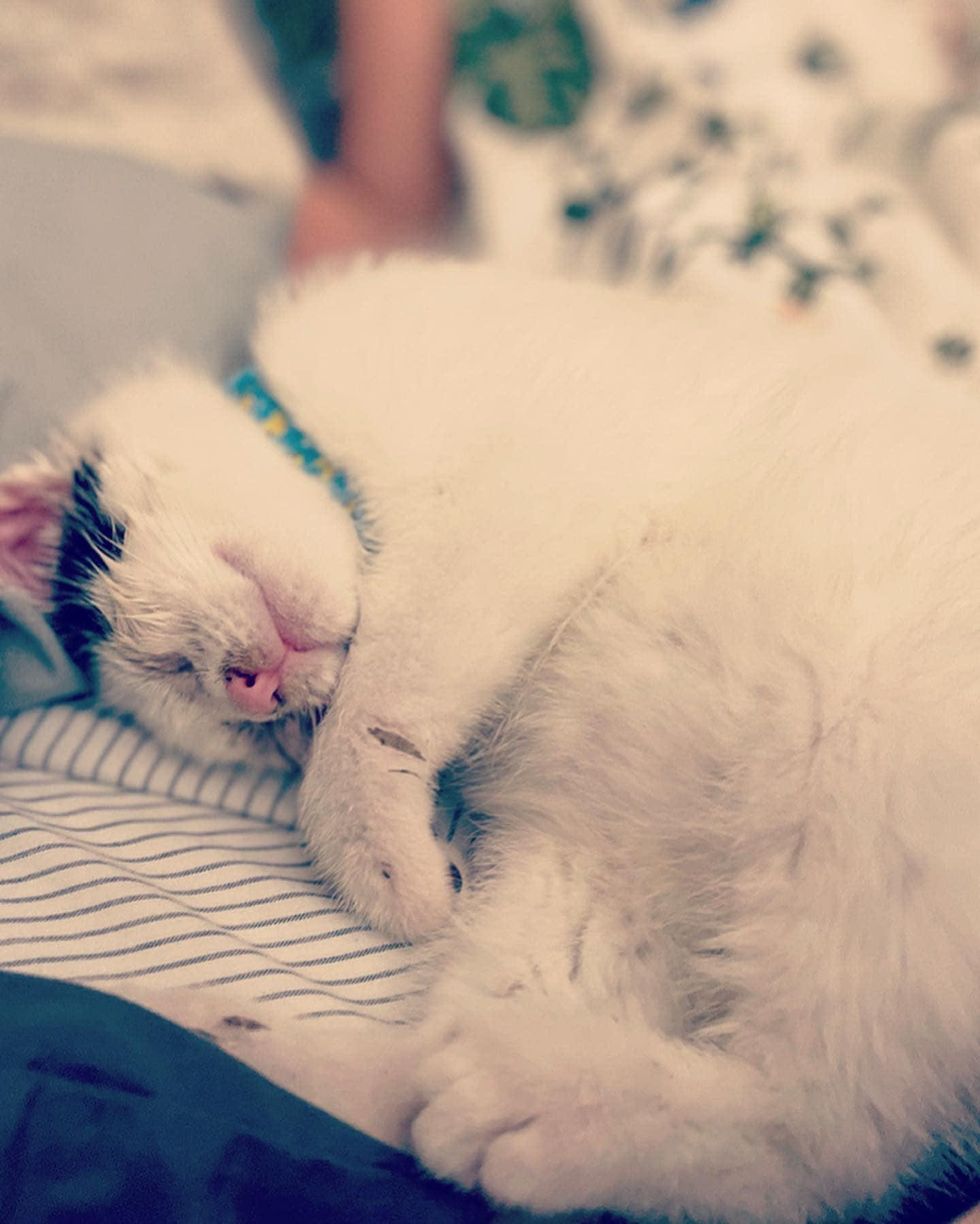 Happy and lovedOne Tail at a Time

After two and a half weeks, Shrimp’s eye has almost completely healed.

“He is tiny but mighty and he’s proven that where there is a will, there is a way. We have no doubts that he is going to live his very best life.” 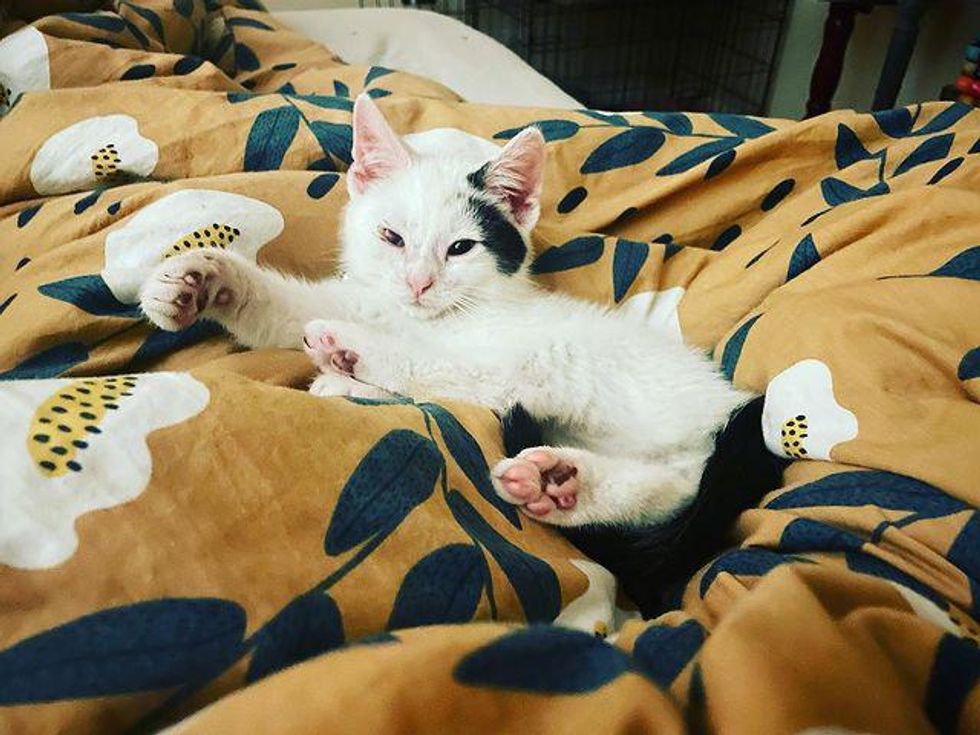 Look at him nowOne Tail at a Time

Related story: Kitten Found as a Feral Climbs on Woman’s Shoulder and Decides She is Family